Paul Steklenski is a veteran from Pennsylvania who trained army officers in Fort Knox during 1990s. By 2013, when he finished with his service, he knew he wanted to have a new companion; a dog. He adopted Tessa from a high kill shelter where he learned the process that the dogs there undergo.

The healthy dogs in high kill shelters were being put down if not adopted. Paul decided to embark on a new mission to save the lives. He went to a local airfield where he usually passes by on the way to work and got his pilot license weeks after adopting Tessa. This gave him an idea of how he could help the dogs.

Spending his own money, Paul bought his own plane and started flying dogs from a high kill shelter in the South to no-kill sanctuaries and foster homes in the North where they can live a full life. He then founded Flying Fur Animal Rescue in May 2015. Everything went smoothly from then; he was able to help hundreds of dogs and relocate them to a safer home. 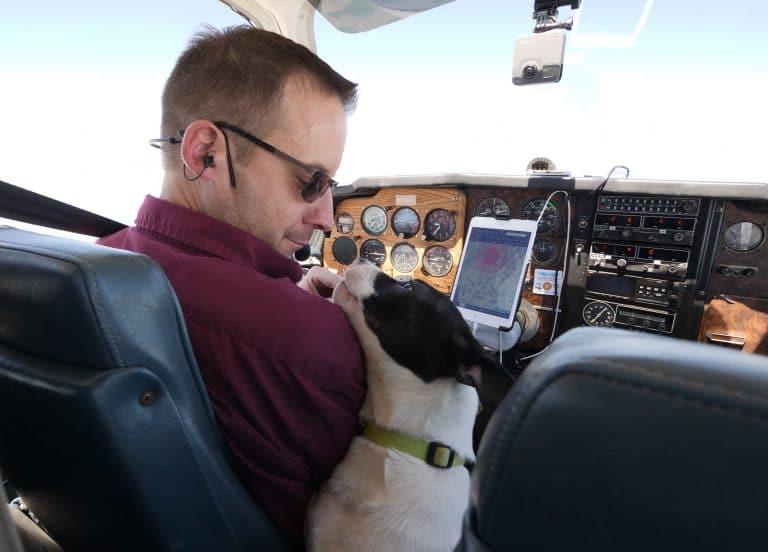 After all the hard work, personal investments and missions, Paul and Tessa stumbled into one particular dog named Henley. He was a sweet dog who became a victim of abuse for years.

Paul was so touched with his story that even when he was placed to a better home, he still cannot take the dog off his mind. Paul called Henley’s new family and asked to take care of him personally. He was able to adopt the dog and give him a new, happy life.

By August 2017, the duo successfully rescued over 700 dogs in death row and gave them a better life. Paul cannot explain the satisfaction and happiness he felt every flight he had with dogs. With the help and cooperation of the shelters and the willing families, the mission of saving lives was made possible.

Thanks to our friends from Honest to Paws for sharing this story.