Stories have been told about animals forming an unusual bond. Some even would “adopt” other species and tend to them as if they were their own.

Here’s a story of a dog who briefly disappeared into the wilderness to strengthen a relationship with the most unlikely friend.

Late last year, couple Rachel Howatt and Clint Sibbick went worried sick when Koda, their pet husky went missing. The couple could not find the dog who was last seen in the ranch near Manitoba, Winnipeg, which was owned by Rachel’s mother.

After three days, Koda returned to their house and seemed perfectly healthy and fine. It was weeks later that the couple was able to discover what the husky has been up to during the days she went missing.

Rachel learned from her uncle that hundreds of images were able to capture Koda and a wild deer.  The images were seen in the camera of Garry Suderman, Rachel’s neighbor. The photos showed what seemed to be a beautiful friendship shared by the unlikely duo, a husky and a deer. 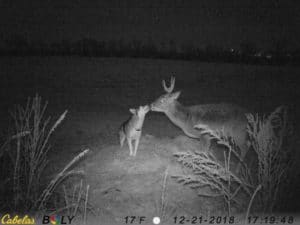 Rachel could not believe what her uncle told her until she saw the photos. She even posted the photos on her Facebook account. One remarkable picture showed Koda hanging up with the deer and taking a nap while the deer looks after her. 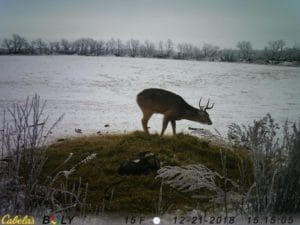 It was evident though, in the picture that the deer was injured, sustaining wound under its eye and a broken-off antler. It was assumed that Koda thought initially of hunting the poor deer but had a change of heart later and felt protective over the vulnerable creature instead. Another neighbor confirmed though that the two “friends” were spotted walking together.

Up to this day, Koda still goes “missing,” and Rachel believes that during this time, the husky would visit her friend for a quick meet up.

We can all learn from this beautiful relationship between Koda and the deer. In friendship, differences don’t matter. What is more important is the relationship that we build and foster.